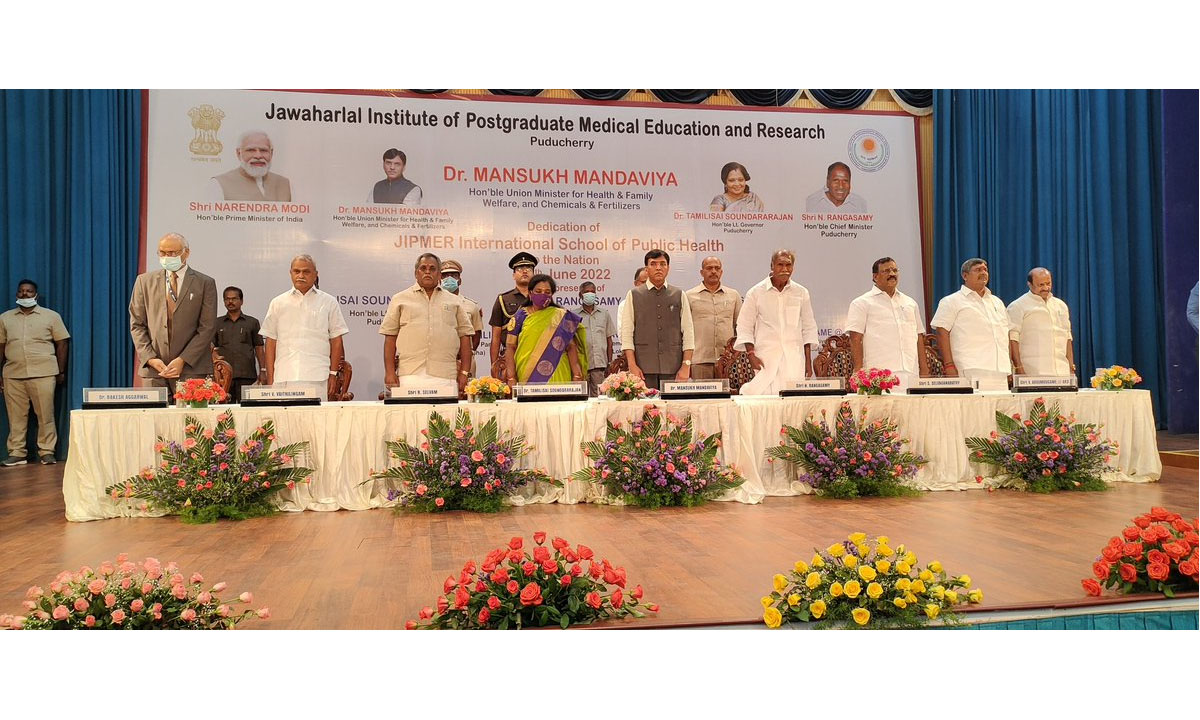 Puducherry : Union Minister for  Health and Family Welfare Dr. Mansukh Mandaviya, Lt. Governor of Puducherry Dr. Tamilisai Soundararajan, Chief Minister Shri N. Rangasamy and Director-General of  the Indian Council of Medical Research Shri Balram Bhargav took part in the ceremony for laying the foundation stone for the establishment of the International Centre of Excellence for training in Medical Entomology at the ICMR- Vector Control Research Centre today in Puducherry.

Speaking on the occasion, Union Minister for   Health and Family Welfare  Dr. Mansukh Mandaviya  said  any country that is keen in the path of growth and improvisation, should concentrate on research and development.

Stating that no other nation had the pride of vaccinating nearly two billion doses, the Minister  lauded and extended his gratitude to the scientists who developed the vaccine during pandemic.

The Minister said, “I am happy to be among young students and doctors. Today is an important day not only for JIPMER, but for the entire world. The Central Government  has allotted Rs. 65 crores for the establishment of this unique centre.” The Central Government  under the leadership of Prime Minister Shri Narendra Modi saved the lives of common people through the mighty public health infrastructures, he added.